Inauguration of Can Molas Bridge, Manlleu

On the 19th of September, the Pont de Can Molas in Manlleu was inaugurated by the Mayor of Manlleu, Àlex Garrido, the Member of Parliament, Jordi Fàbrega, and the Councillor for Urban Planning, Enric Vilaregut. Calaf Constructora has carried out the work to extend the bridge and improve access to the Vista Alegre neighbourhood on the B-522 road.

The development of this work has been a success, since Calaf Constructora has reduced the time of the work to 5 months. This fact has been a liberation for the neighbourhood in the area, to such an extent that we have received a letter of thanks, both for the speed of the execution of the work, and for the management of all the personnel of Calaf Constructora, who provided a pedestrian area to cross the bridge during the period of the work. 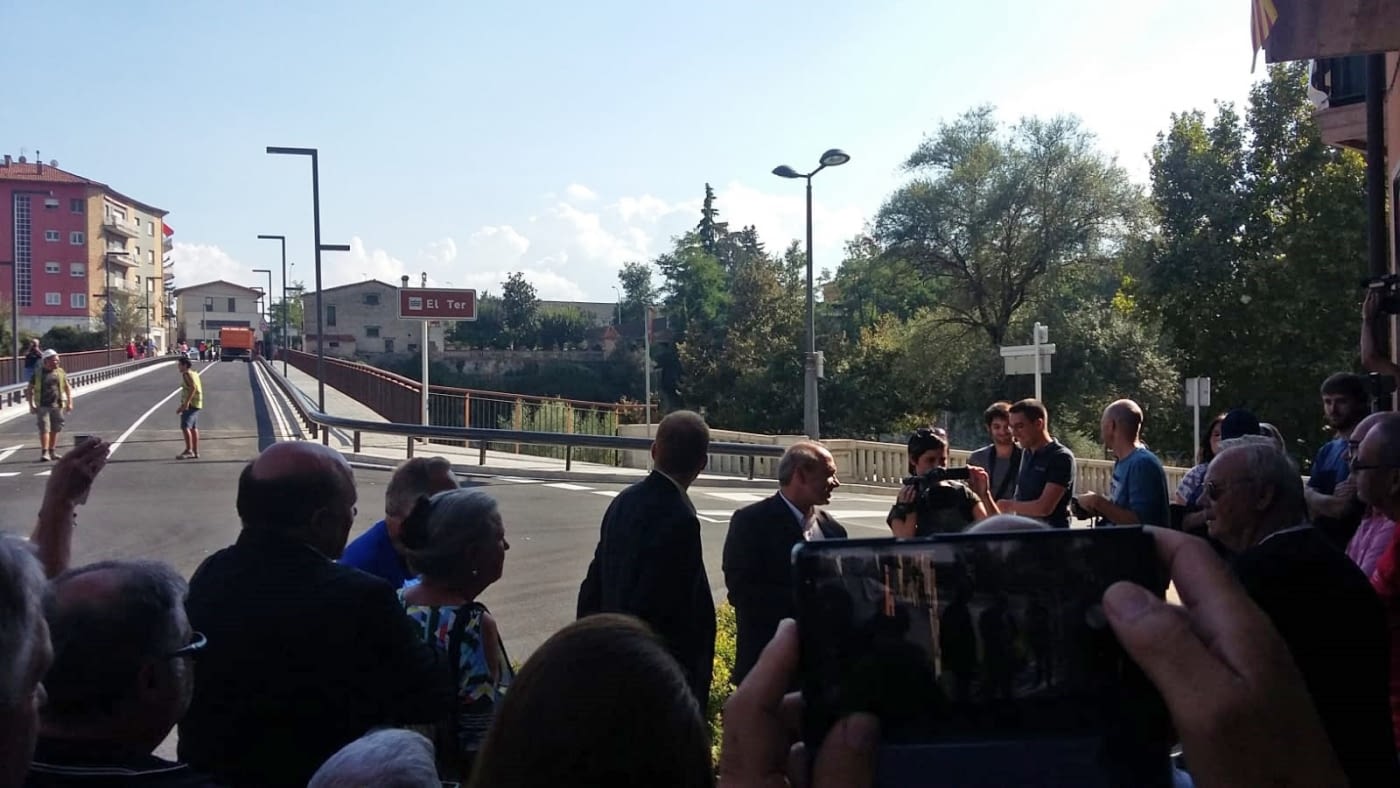