Last Thursday 20th July at mid-morning, the long-awaited FCG extension in Sabadell came into operation with its three new stations: La Creu Alta, Sabadell Nord and Sabadell Parc del Nord. CALAF CONSTRUCTORA together with COBRA and SOGESA (UTE) have executed the works of Sabadell Parc del Nord station. The Honourable Mr. Carles Puigdemont, president of the Generalitat de Catalunya, has presided over the inaugural act, getting on the first train to run on the new section, which has been named Muriel Casals. The FGC extension in Sabadell has 3.7 kilometres of new track and has involved an investment of 430 million euros. In addition, at Sabadell Parc del Nord station it will be possible to change trains with the Renfe lines. 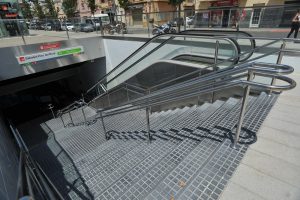 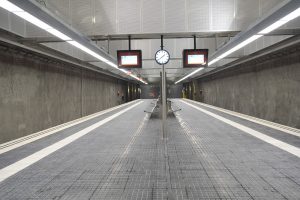 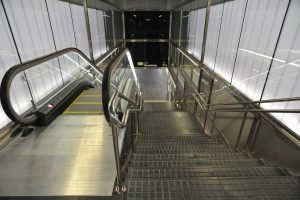