Last Thursday 4th October took place the 17th GUMBICAT meeting “BIM i obra, a debat” (“BIM and works, to debate”). The round table was formed by 5 speakers from 5 different construction companies, with the aim of giving their point of view regarding the implementation and use of BIM in their respective companies. The speakers who took part in the round table were:

Oriol Martí from Calaf Constructora, explained his point of view regarding the interpretation and application of BIM during construction works, as well as the dark points or difficulties to overcome. All using an innovative, interactive and dynamic exhibition, which showed an evolution in parallel between a work’s example and the exhibition itself, a fact that surprised and cheered those attending the meeting. 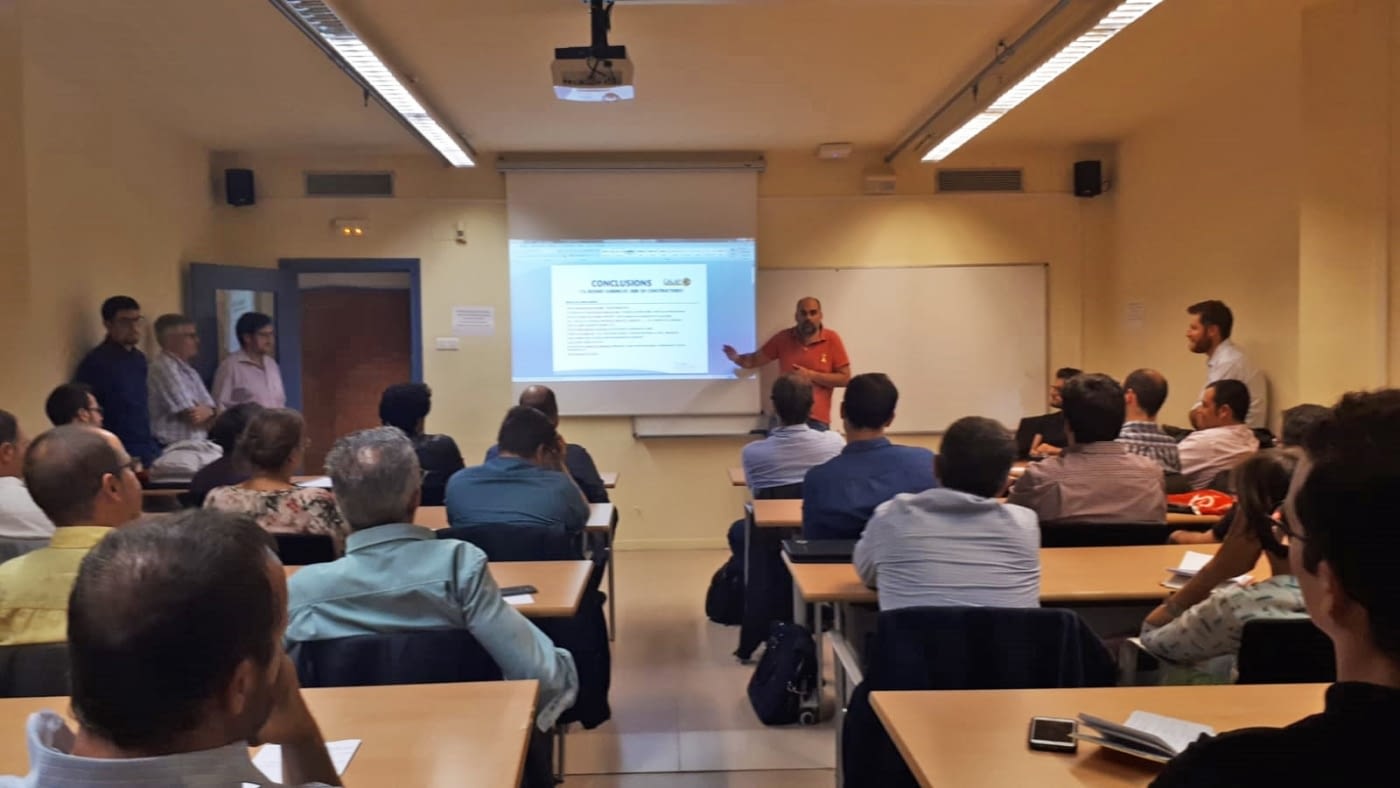